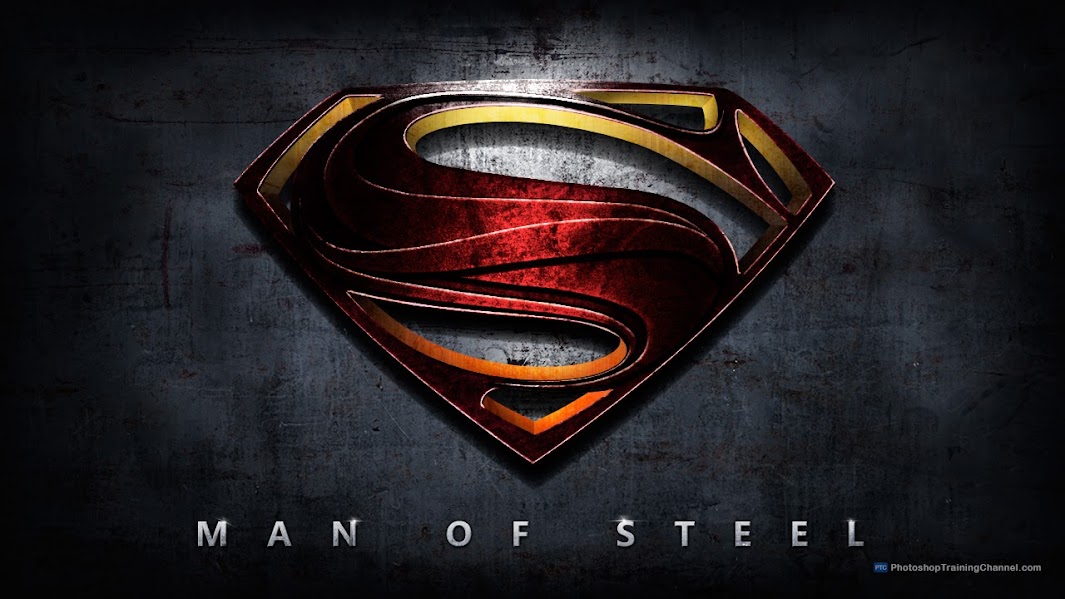 The problem with interpreting Superman in any medium (including his own comic books) can be broken down into three points.

One is, well, the Last Son of Krypton himself. A finely chiseled, well-adjusted demigod – the embodiment of Truth, Justice and the American Way, and a proud and confident citizen of a world that he can crush just as easily as paper – isn’t exactly the easiest character to write. How can anyone possibly relate to the epitome of perfection? What can you do to make the audience fear for the safety of an all-powerful superhuman without toning him down beyond the point of recognition? The second point lies in his rogues’ gallery. After all, a great hero deserves an equally great villain, and who can stand against a man who can punch holes through mountains and move faster than thought? The lack of a strong character hook and a stronger antagonist thus results in a dearth of deep and compelling stories, completing the trinity of the character’s personal “Legion of Doom”.

Over the past three decades, Superman films have tried to conquer these hurdles, with mixed results. In addressing the first problem, the common go-to was kryptonite, which I strongly believe to be the most creatively bankrupt way to threaten Superman’s safety, and exists solely as a storytelling crutch. By casting his most formidable (and perhaps most recognizable) foe, Lex Luthor, as the primary antagonist in nearly all of the prior Superman films, they overcame the problem of finding someone worthy enough to challenge Superman, while inadvertently creating a much bigger problem (which I will delve further into later). The filmmakers then decided that the third obstacle could be dealt with by injecting a variety of themes into the basic narrative, from alienation to world peace to fatherhood issues, of all things. While the first two films (1978 and 1980) were moderately successful (mostly due to Christopher Reeve’s iconic and unmistakable resemblance to the classic interpretation of the superhero), the next few attempts proved to be less than satisfactory (and memorable for all the wrong reasons).

The latest adaptation, Man of Steel, tackles the aforementioned problems head-on with the force of a speeding locomotive, and succeeds. However, your mileage may vary depending on what you expect to see.

Wisely choosing to detach itself from the previous films, Man of Steel is a reboot and an origin story rolled into one. If there’s one thing this film excels at, it’s action scenes. There is nary a boring scene in the entire film – it captures your attention from the opening sequence, takes you on a rollercoaster ride by alternating emotional moments with pulse-pounding fisticuffs, and ends on a peaceful, and in many ways predictable, note. The combination of Zack Snyder’s dynamic directorial approach and Christopher Nolan’s moody, gritty vision produced a violent yet grounded Superman film that exceeds all expectations for an action blockbuster.

The film hardly ever sticks to a linear narrative, relying heavily on flashbacks and dialogue to keep the story moving without sacrificing momentum. It’s the rough equivalent of taking comic book panels and animating them; you can actually imagine invisible speech balloons floating over the characters’ heads in every scene.

Unfortunately, this also means that many crucial plot points are explained and not shown, which, to me, makes it less of a smooth and cohesive story and more of a hasty attempt to make sure that the audience understands why buildings are getting knocked down at the exact moment they fall. I think it’s kind of…counter-intuitive for a visual storyteller to rely on words to explain things. Then again, as this is a comic book film, I guess it does work. Sort of.

The choice of General Zod as the villain for the reboot was appropriate, inspired and brilliant. Hopefully this’ll start a trend of succeeding Superman films using villains who don’t have alliterative names. (Sure, Zod was in 1980’s Superman II, but he and his renegade cohorts were STILL forced to share screen time with Lex Luthor. ) One of the biggest mistakes of the Superman films of yesteryear was that they kept putting Luthor in almost every damn film, and in the ONE film where they chose to give him a break (Superman III), they substituted him with a carbon copy. It’s almost insulting that, instead of utilizing characters like Brainiac, Metallo, and Bizarro, they kept using the bald guy. They didn’t even let him use his signature battle suit, which would have made him more than capable of going toe-to-toe with Superman. I’m just glad we finally got a villain who can take all the punishment Superman can dish out AND retaliate with the same (or perhaps even greater) level of power.

Visually, at no point in its entirety does Man of Steel stumble. Krypton is futuristic, grim, frightening, and militaristic – a single glance at it totally explains Zod’s motivations and outlook. The character designs are also appropriately suited to the tone, and Superman in particular is visually stunning. This isn’t some shrimpy little pretty boy with a tiny S on his pyjamas; this is a beefy, powerful Kryptonian with his family’s coat of arms emblazoned on his chest. They chose the right man for the role (or at least prepared him properly) – abundance of hair notwithstanding, Henry Cavill stands, walks, and talks like modern Superman. Additionally, the special effects and fight scenes are more than enough to convince you that indeed, a man can fly (and punch a spaceship so hard it explodes).

Every element of the film is deliberate and carefully constructed, from the moment Clark first discovers his powers (the scene where he first discovers he could leap really high – and couldn’t really fly well yet – was a nice nod to the limitations of Superman’s power set when he first appeared in 1938) to familiar elements in the comic books hidden in the background. I won’t point everything out in this review; suffice to say that if you know the comics, you’d probably recognize and appreciate certain scenes and characters.

Whatever Happened to the Man of Tomorrow?

Unfortunately, knowledge of the source material would also inevitably bring to light the film’s main flaw, one that plagued Nolan’s Batman films as well: This is a Superman, not the Superman.

As I’ve stressed earlier, Man of Steel is a carefully constructed film, with elements included, removed and modified with the clear intent to make it every bit of a formulaic blockbuster. Sadly, this means that Man of Steel appears to be a pastiche of every successful superhero film that came before it. Without going into spoiler territory, it feels a lot like The Dark Knight and borrows a lot from Spider-Man, which is ironic for a movie featuring the “granddaddy” of comic book superheroes. Full of convenient coincidences, unnecessary departures from established continuity, and surprising (and perhaps even out-of-character) choices, Man of Steel sacrifices faithfulness for mass appeal.

Unlike Nolan’s Batman films, however, Man of Steel makes almost no effort in trying to put a different creative spin on the character – it’s a combination of everything we’ve seen in other superhero films before, with the action turned up to 11 and the teal-and-orange contrast intensified. We don’t even get to see much of Superman’s internal struggle (if it’s even there in the first place), and while he looks and sounds like Superman, he doesn’t feel like Superman.

This version of Superman doesn’t seem likely to fit in with other costumed heroes. The tone is too serious, and the story is too self-contained to be any sort of precursor to a possible Justice League movie. Which is good, because I don’t think they should apply the Marvel Cinematic Universe method here, anyway (“make solo movies and put stars together in a big team movie”). The “larger-than-life” presence of DC’s heroes means that they don’t really have to go through any universe-building solo films before moving to Justice League. They could start with it, and then launch a few solo films as spin-offs. Hell, they can even start with World’s Finest (Superman/Batman) and get the ball rolling from there. I just really don’t see this Superman working well with other heroes – it would be as odd and awkward as trying to make Nolan’s version of Batman join the League. 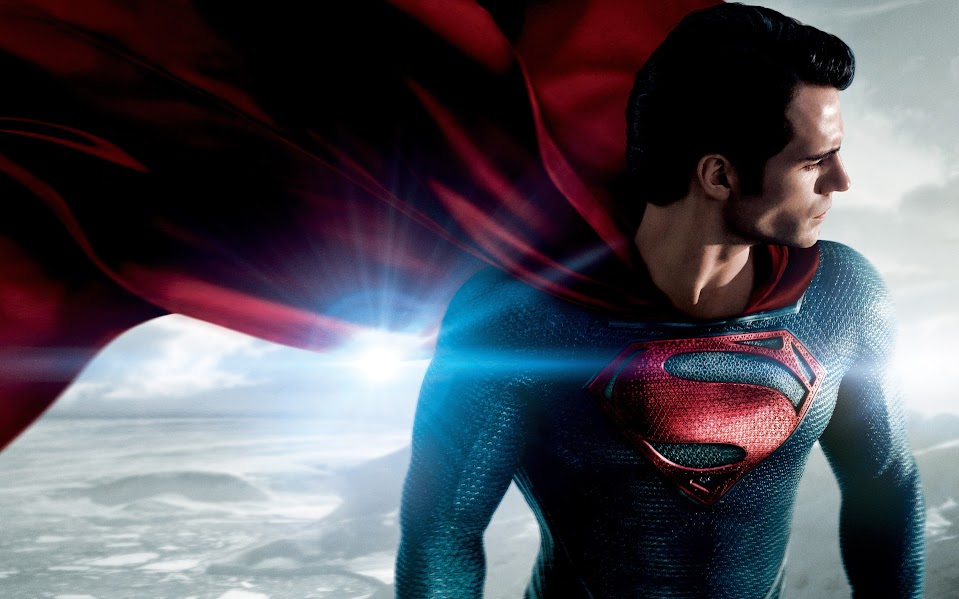