Q: What do Iron Man 2 and Superman Returns have in common?

A: They both showed most of the best scenes in the trailers. 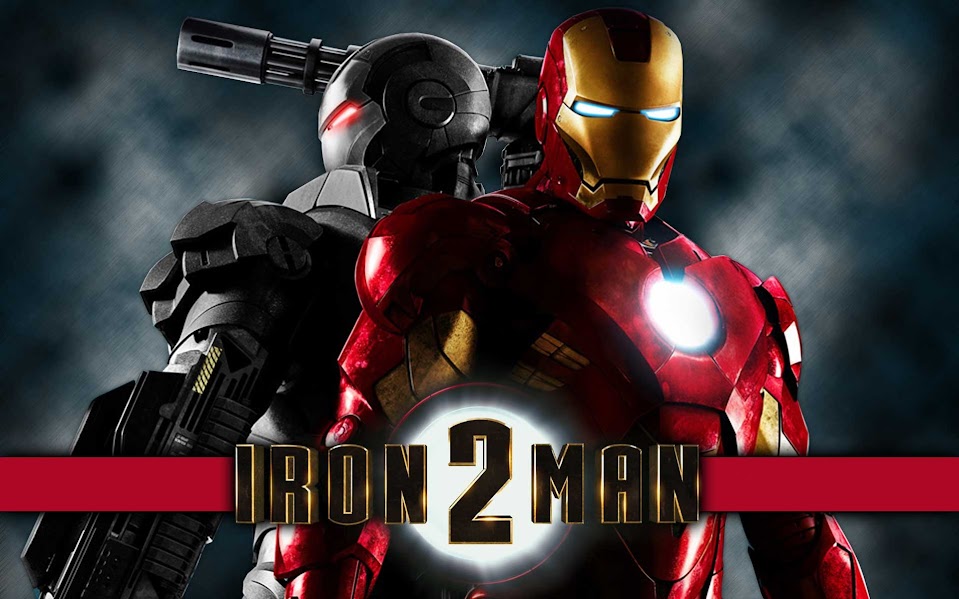 [To clarify: The events of Iron Man 2 happened immediately after the first film and BEFORE The Incredible Hulk (2008).]

More than once, I’ve experienced coming across a scene or two in a movie that made me think, “Oh, I’m sure they wrote this scene BEFORE the actual script,” or “Damn, they tried HARD to make this scene fit.” Seeing Iron Man 2 tonight with my girlfriend, her sister, and her niece made me wonder if the creative force behind the film decided to plant all the action scenes, geek references and future movie seeds first and write in the actual story as an afterthought.

Robert Downey Jr. wears the thousand-dollar suit and repulsor battery of Tony Stark once again, accompanied by returning cast members Gwyneth Paltrow (Virginia “Pepper” Potts) and Samuel L. Jackson (Nick Fury – well ,for those who actually saw the after-credits scene of the first movie). Along with him for the ride this time around is Don Cheadle, filling in for Terrence Howard as Tony’s best bud Lt. James “Rhodey” Rhodes. Also in the film are Sam Rockwell as Justin Hammer, Scarlett Johansson as Natasha Romanov, Mickey Rourke as Ivan Vanko a.k.a. Whiplash (the “boss-fight”), and Paul Bettany, who voiced Stark’s personal assistant system, J.A.R.V.I.S.

The film takes various significant elements from David Michelinie & Bob Layton’s acclaimed run on Iron Man (Hammer, alcoholism, Jim Rhodes, etc.). In a nutshell, the film deals with Tony Stark’s worsening condition due to his repulsor “heart”, technological problems created by competitor Justin Hammer, the son of his father’s former partner seeking revenge and blood, the rise of War Machine, and the progression of the Avengers Initiative.

Numerous problems plague this film like rust on metal. Mainly, it suffers from “Spider-Man 3-itis”: too many elements crammed into the film with little consistency to glue them together. How Jim Rhodes acquired the suit that would eventually become War Machine was almost laughable, the government trying to literally and figuratively strangle the Iron Man blueprints out of Stark felt so forced, and Vanko seemed totally unnecessary to the film (I get it, he’s smart and out for blood, we’re supposed to be impressed and scared shitless, but he STILL seems a lot like how Venom was in SM3). The entire race-car sequence, story-wise, came out of almost nowhere (this is one of the scenes I’m SURE they wrote first because it was cool). One of the things that bewildered me was why the government would even trust Hammer to outfit their troops and build battle-droids for them after Tony Stark exposed him to be the very embodiment of their fears about the Iron Man armor in the court scene. Were the US military people being asshats on purpose? Was this all just some gigantic ego-covering pissing contest and not an actual issue of national security?

The end of the film also presented a bigger problem. No way would the government have awarded Stark and Rhodes medals after the way the explosive final “battle” went down, if their behavior towards Stark in THE VERY BEGINNING OF THE FILM were any indication. Civilian casualties, property damage, the PR and security nightmare it presented, I could go on and on. The only way I could see this actually working would be if the third film revealed a…mysterious villainous puppeteer with a thing for jewelry. *cough*MANDARIN*cough*

In terms of characterization, Cheadle lacked the powerful and commanding presence of Terrence Howard. He didn’t seem like much of a military man – in fact, I could even say that he almost felt like a pacifist. He was not how I envisioned Jim Rhodes to be. Johansson did not emit the strength and grace that Black Widow should have had – the necessary fierceness was just not in her face. Rockwell, on the other hand, was appropriately jealous, underhanded and wussy as Hammer, the Mandark to Tony’s quip-happy Dexter. Downey’s Stark remained the same as how he was in the first film – witty, sarcastic and reckless. He was a bit too much of a jerk here for me, and I could not see Downey’s Stark as the same futurist who formed the Illuminati, fronted the Superhuman Registration Act, and became the head of S.H.I.E.L.D. in the comics. This IS Stark in his early career, though; I guess that counts for something. Potts and Fury were okay (though I DID want a less refined, cigar-chompin’ Fury – I’m not racist, honest). Rourke was…meh. I would think that being Russian means having a Russian accent, not being barely intelligible and audible. He just looked silly as Whiplash, too, hardly threatening. Then again, that may just be a shortcoming of the character design itself.

Disregarding all the over-intellectualizing and taking the film for what I guess it’s supposed to be – an action-packed superhero movie – it’s great. I especially enjoyed the scene with a certain future (Past? First?) Avenger’s under-construction accessory, which made a cameo appearance in the first film, and how Stark treated it with utter irreverence. The secret scene was also well worth sitting through the credits for. I DID wonder why Thor’s hammer appeared the way it did and not as a stick like it was supposed to (that’s the form it was in when it was discovered by Dr. Blake, Thor’s alter-ego, in a cave) – then again, most people probably wouldn’t recognize the thing in the first place if it adhered to the “rules” in the comics. Also, how would S.H.I.E.L.D. be able to take it back to their base? Only a worthy being can lift the hammer of Thor – perhaps that’s why it was just left planted on the ground. If they DID manage to get the hammer to their headquarters, how the heck would Thor’s origin story play out? I’m even more excited to see the Thor movie now (more than how excited I already was upon seeing the Destroyer armor constructed so faithfully).

And yes, I “fuck yeah”‘d when I saw the Mark V (suitcase armor) on the big screen. And yes, Tuni Istark/Ang Iron Matsing, it WAS just as weak and limited as we thought it would be.

My rating? 7/10. It’s a nice, fun movie and a must-see for any hardcore Marvel zombie. Just don’t over-analyze it.