I’m the kind of person who spends entire summers at home (or at the very least, within the boundaries of his home city). That hasn’t always been by choice, though – more often than not, I tend to be either too lazy or too broke to book a ticket out of this seemingly pollution-powered metropolis. 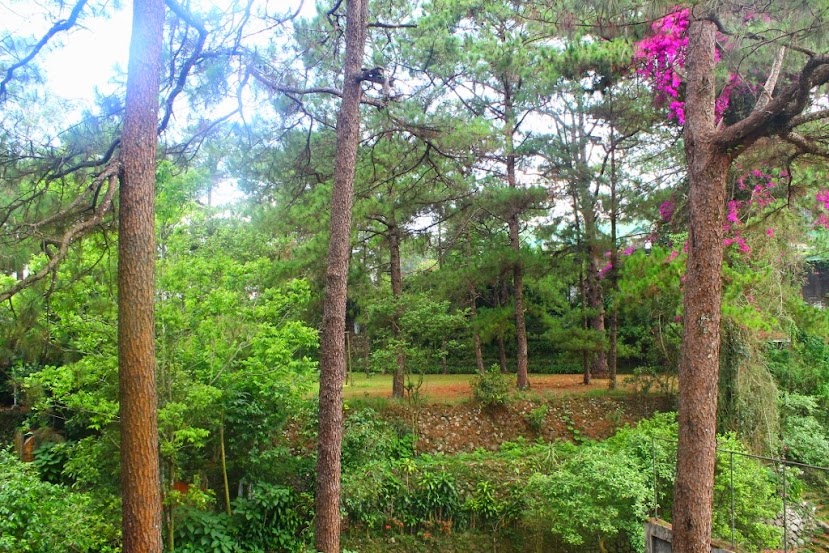 That’s why I almost literally did a jig for joy when I found out that I’d been lucky enough to join a group of bloggers on an exciting trip to the Philippines’ most popular solution to the scorching summer heat, Baguio City – a group that happened to include my girlfriend, which of course made the trip about seven or eight times as appealing to me. Even better, our group was invited to stay at a rather stunning hotel, Azalea Residences, for three days and two nights. 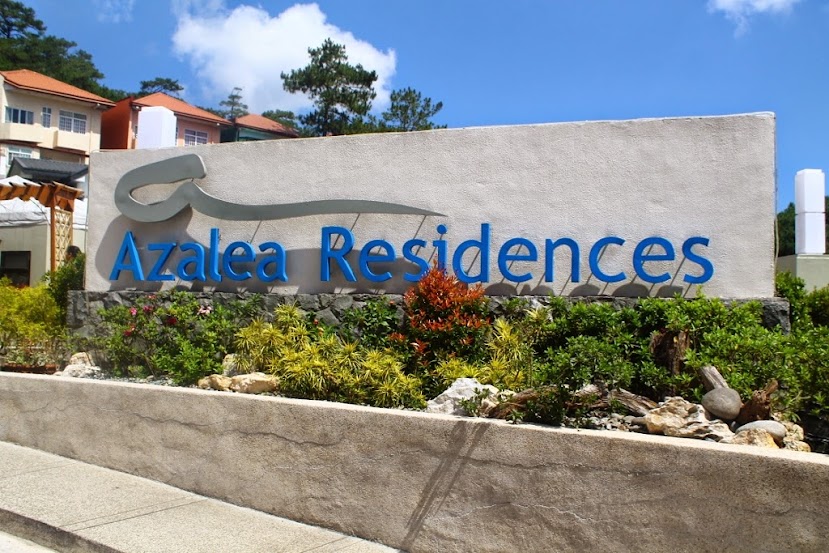 Here it is – Azalea Residences Baguio. God, just looking at this picture makes me miss the place already.

I’ll be writing a lengthier and more detailed review of Azalea Residences over at GMA News Online – this blog post will focus on the best parts of my entire Baguio adventure, which is, safe to say, definitely one of the highest points of my life this year. 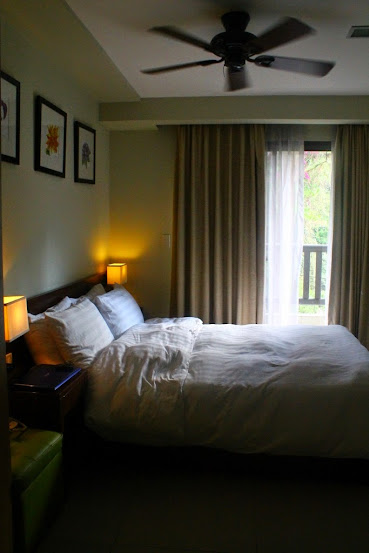 The moment I stepped into this room, I felt about half of my face disappear into a wide, toothy grin.

Upon reaching Azalea, I spent about a couple of hours just enjoying the warm, fuzzy feelings that come with burying yourself under a thick comforter as soft as a baby’s bum, looking up at the ceiling and then outside the balcony, after which you would marvel at the lovely trees and sky outside and think, “holy crap, this more than makes up for all of the shitty days and weeks I’ve had to endure during the past couple of months.” 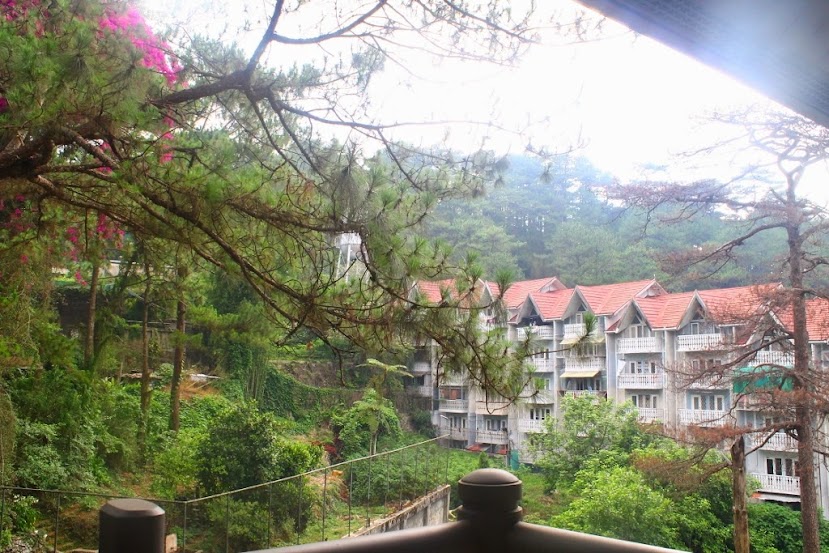 I’m actually tempted to print a really large copy of this and post it on my wall.

We had dinner at Kalapaw, a nice carinderia-style buffet place with big, bright lights. 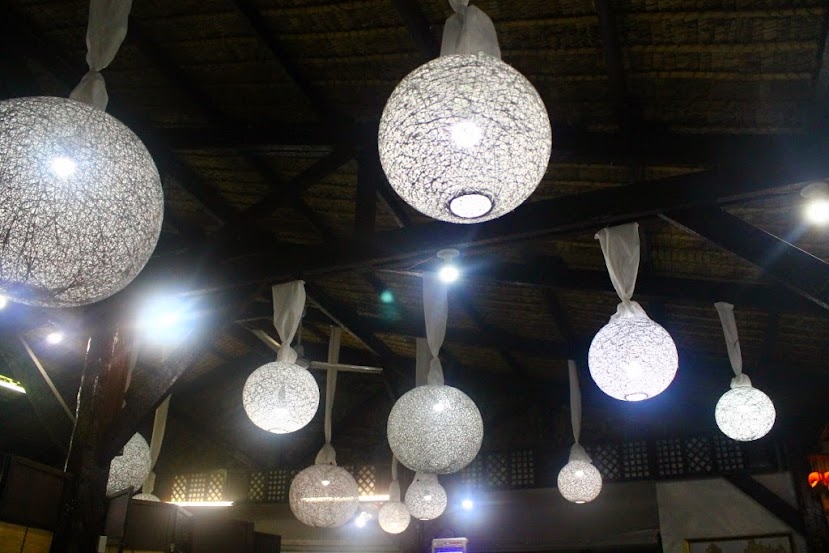 We then spent a bit of time at SM Baguio, where we waited until the famous night markets started to open. (You will find no pictures of said night market here, of course, because I had a feeling that if I even so much as pulled out my camera, well… let’s just say that this post wouldn’t be possible.)

After that, we headed home. The next day presented many more photo opportunities, even as soon as I stepped out of the hotel (right after a fantastic buffet breakfast that I polished off way too quickly to snap a photo of). 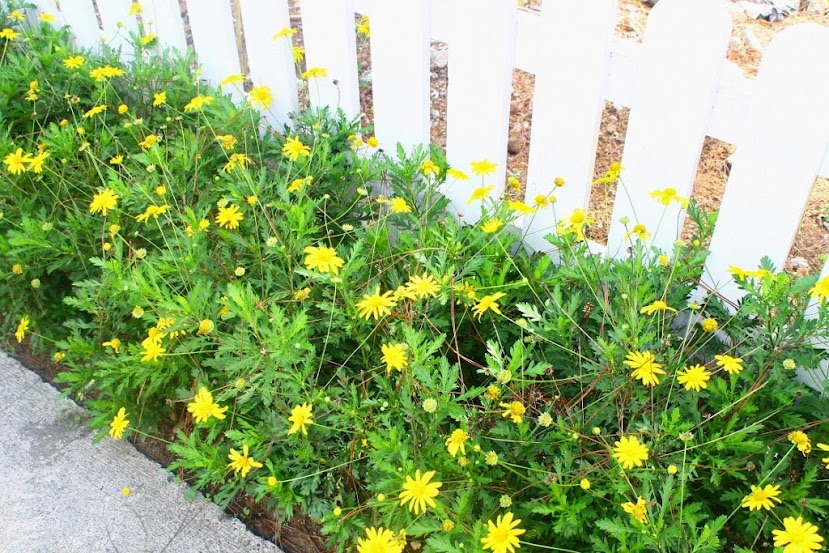 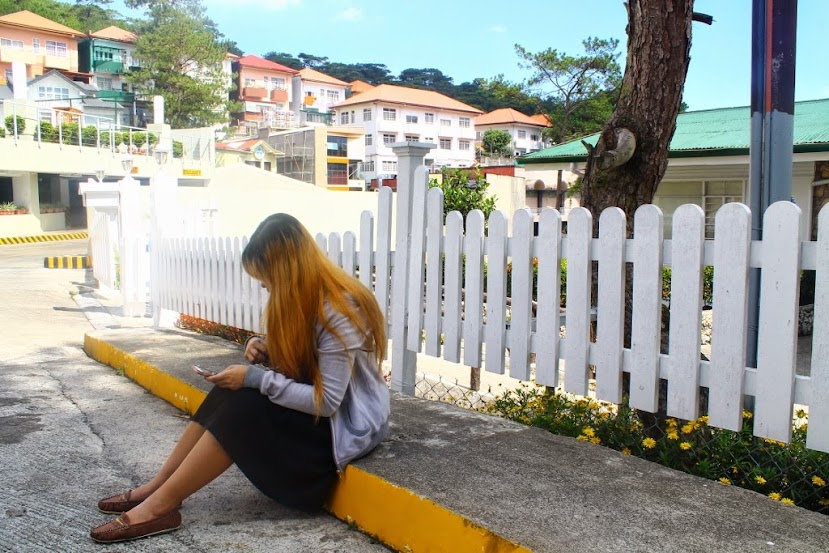 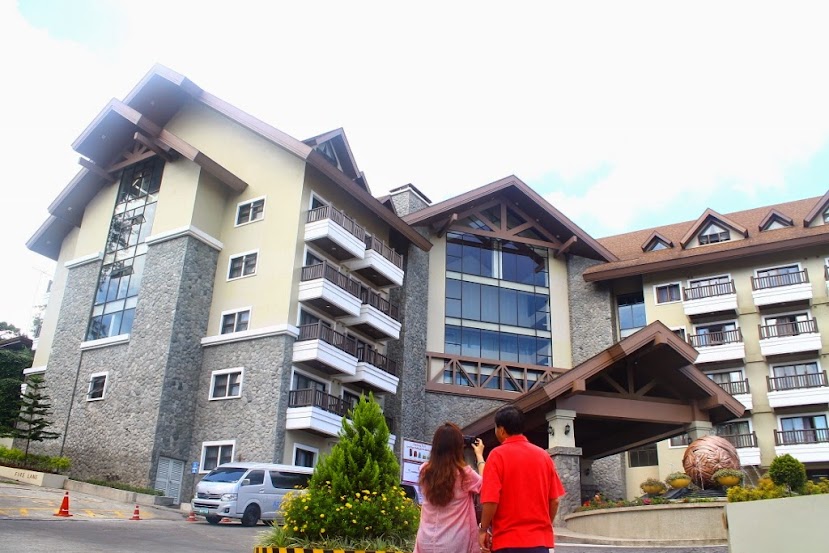 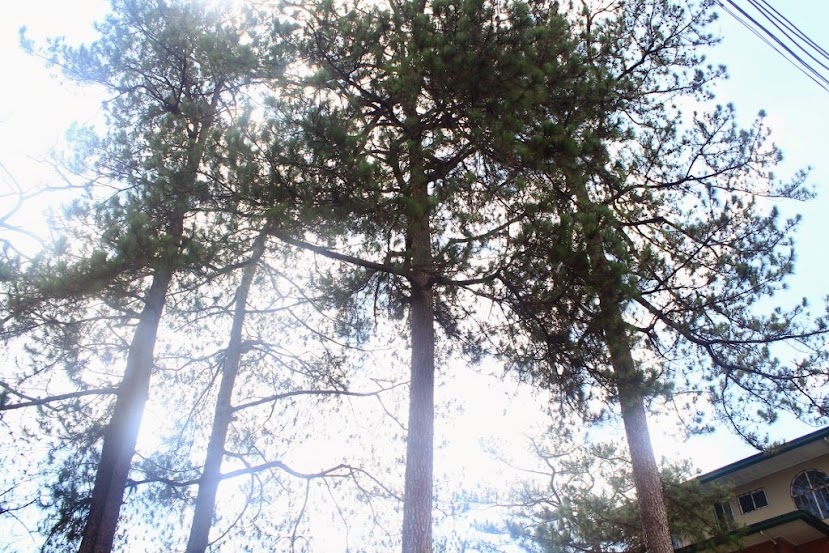 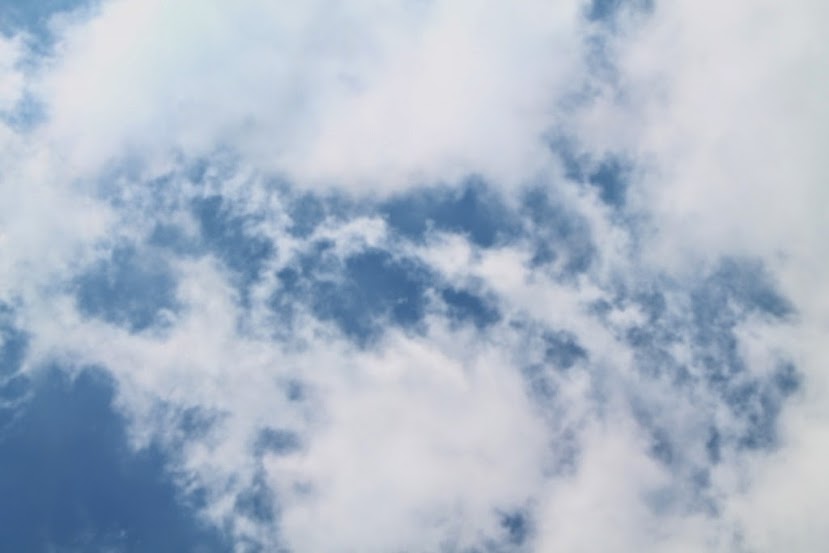 I’m sorry. The clouds were just too pretty. 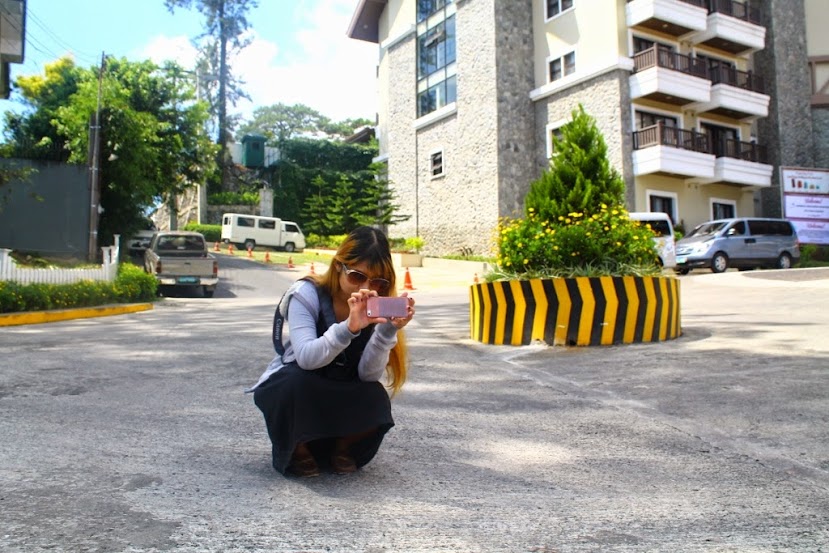 …Though not as pretty as this cutie.

Many photos later, our group set off to begin the day’s itinerary. We visited the Strawberry Farm, where I got to taste some *real* strawberry ice cream and the surprisingly addictive strawberry taho. 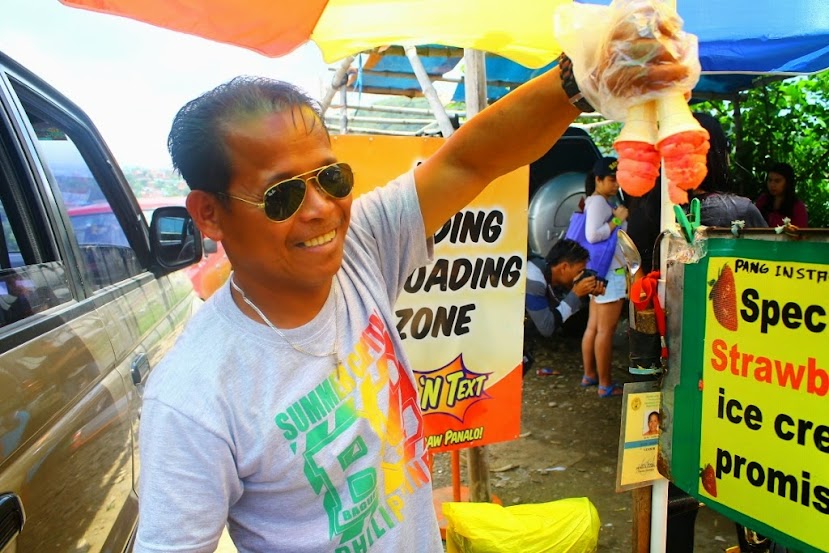 Dairy Queen ain’t got nothin’ on this dude. 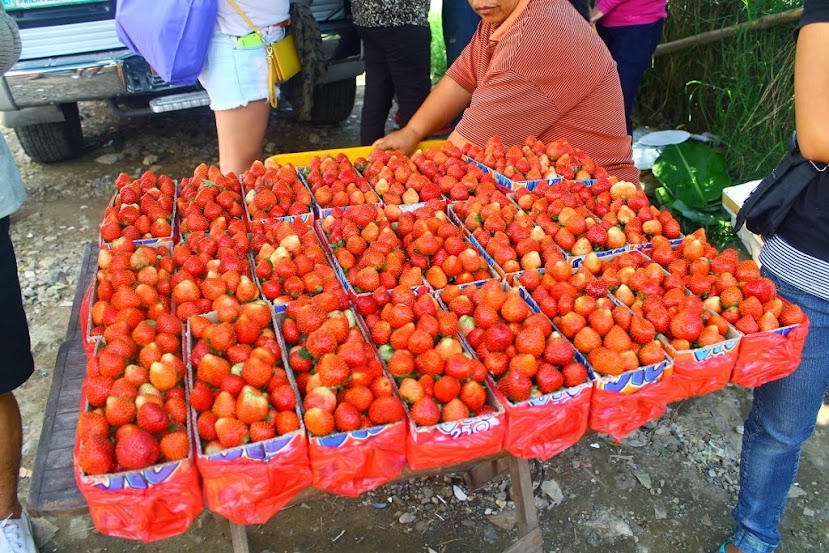 We also visited the Rose Farm, where I got to see… very few roses, actually. We then had a delicious and healthy lunch at the Jewel Igorot Building. 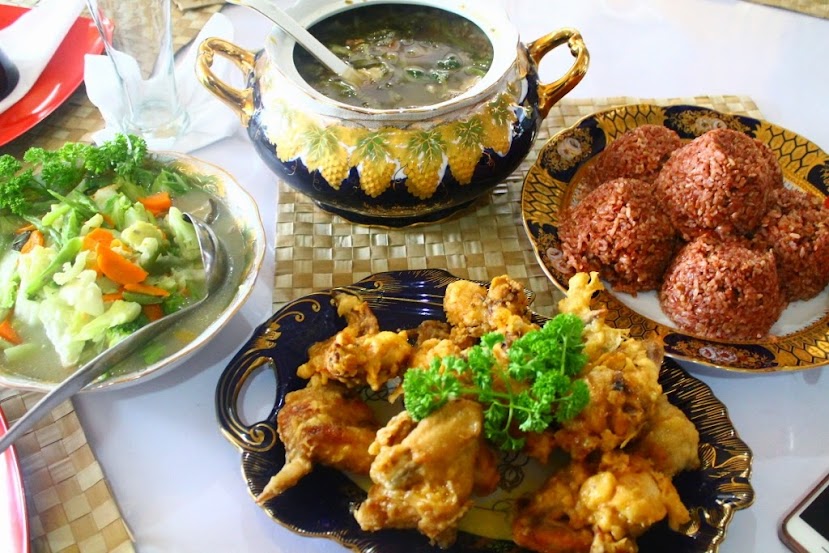 If you thought that all we did in Baguio was relax, well… you’re mistaken.

We participated in a much shorter (but equally as tiring) version of the Amazing Race, where we dashed madly like headless chickens all over Baguio to take pictures and make it back to base before everyone else did. My team came in fourth, but we did get to take a lot of good shots, visit many of the city’s popular tourist destinations, and find out firsthand how it would feel like to run up a hundred flights of stairs, only to realize that you didn’t need to. Hooray, exercise! 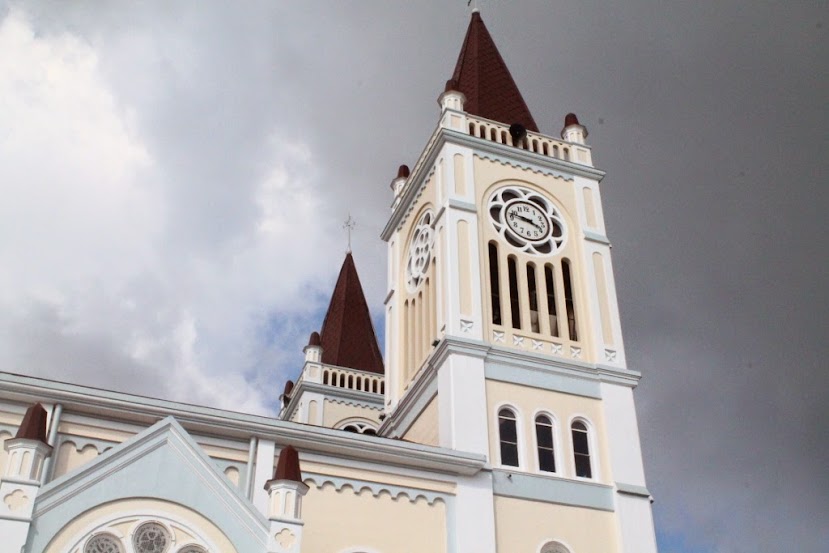 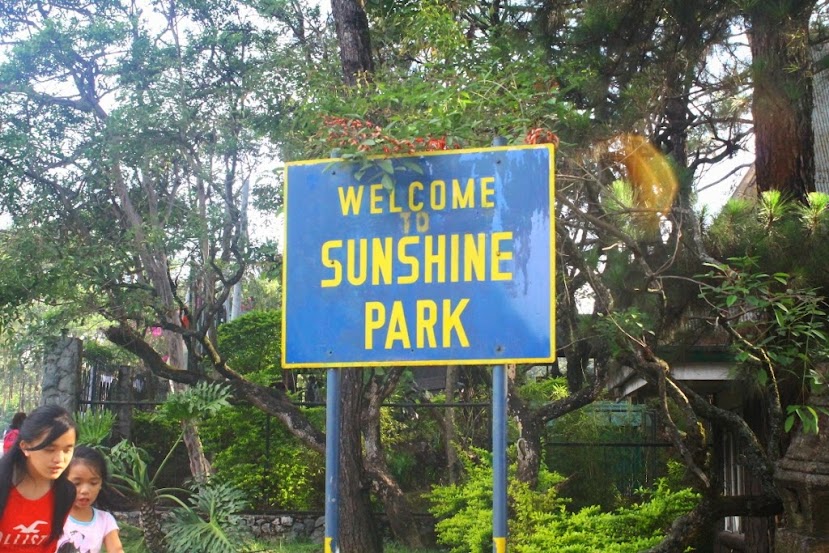 Sunshine Park, which we spent about an hour trying to find. 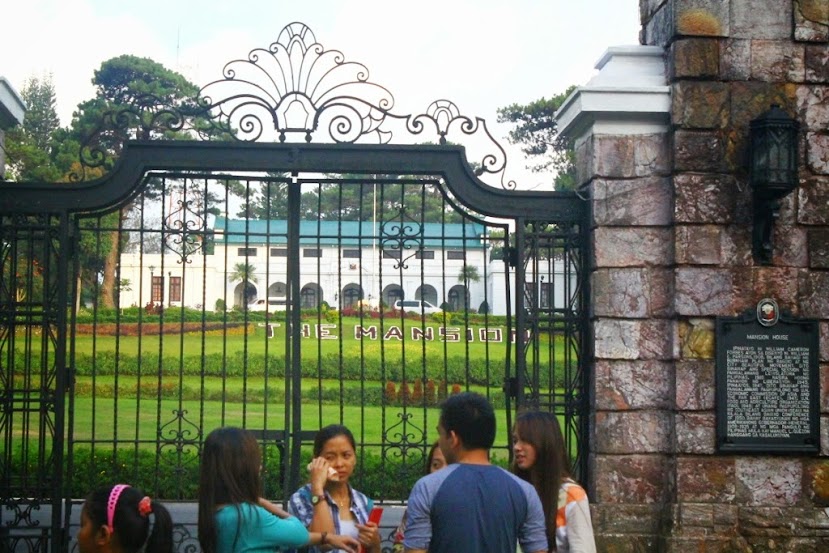 The Mansion, where people stand awkwardly outside a gate to have their photos taken. 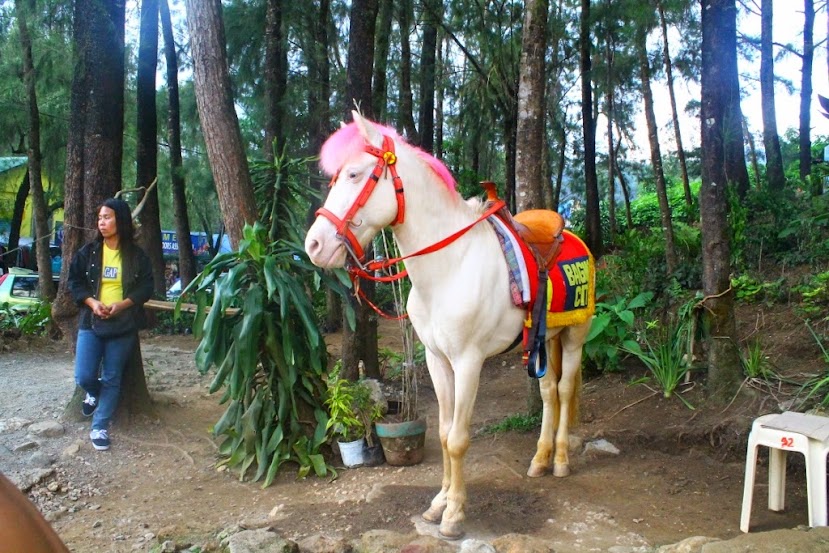 A pink-maned horse, which people stand awkwardly next to (or pay 20 PHP to ride) to have their photos taken. 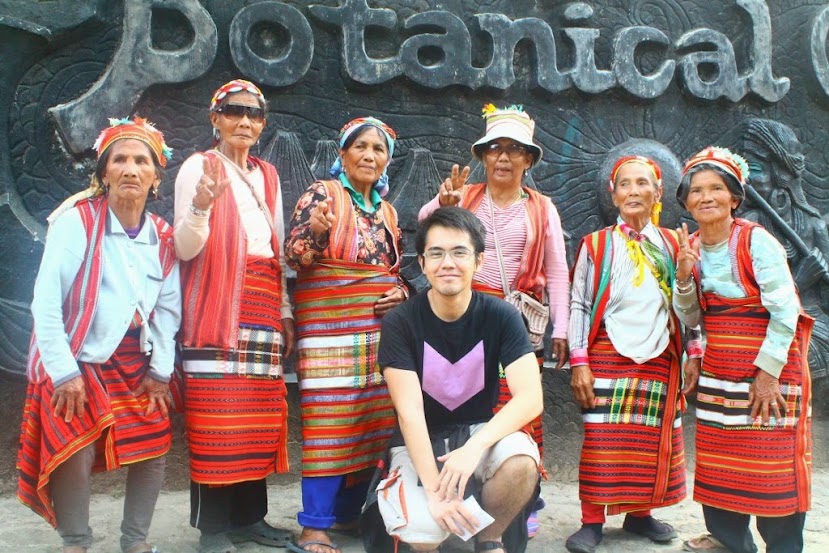 The Botanical Garden, where people stand awkwardly next to an Igorot to have their photos taken, turn around, and be shocked by the fact that there are six of them standing there already, all demanding payment.

We were then invited to spend a few hours chilling at the newly opened 2600 Gastropub, which served excellent beer, yummy ribs, and sick remixes of songs from two to three decades ago. 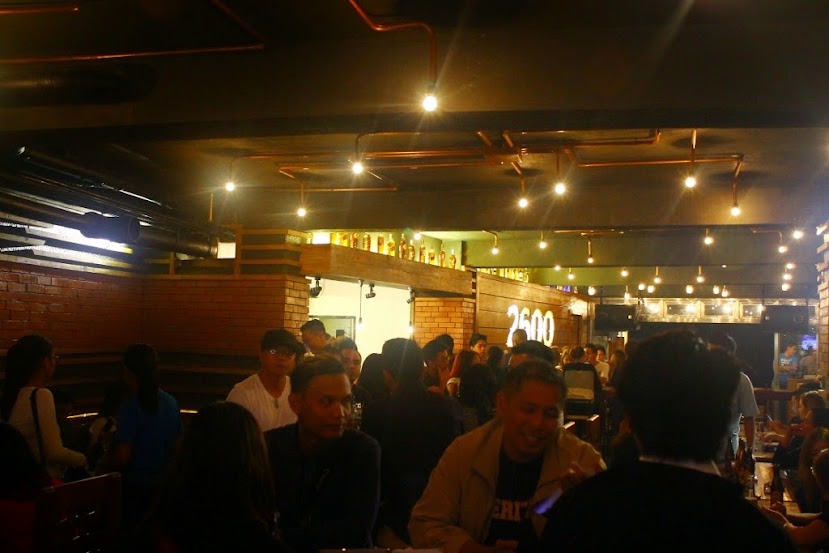 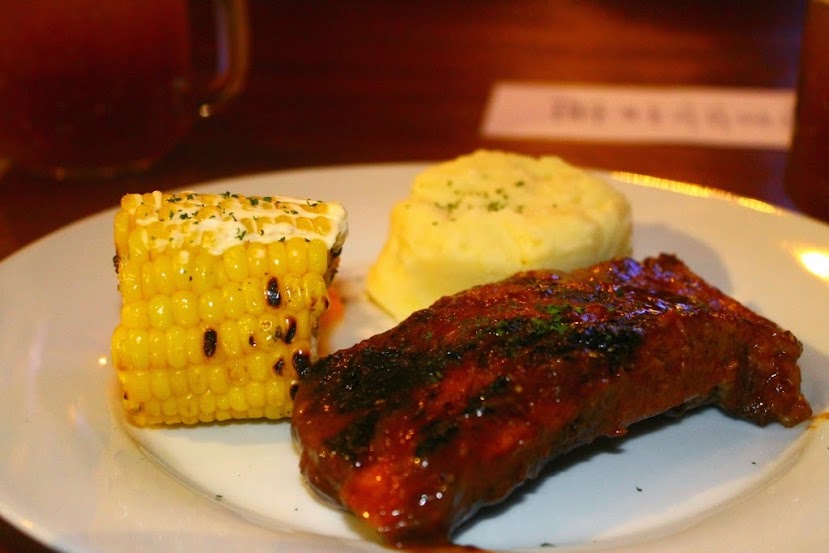 On the third day, we… went crazy. Sort of. Snapping pics left and right, going everywhere and anywhere as fast as we could. 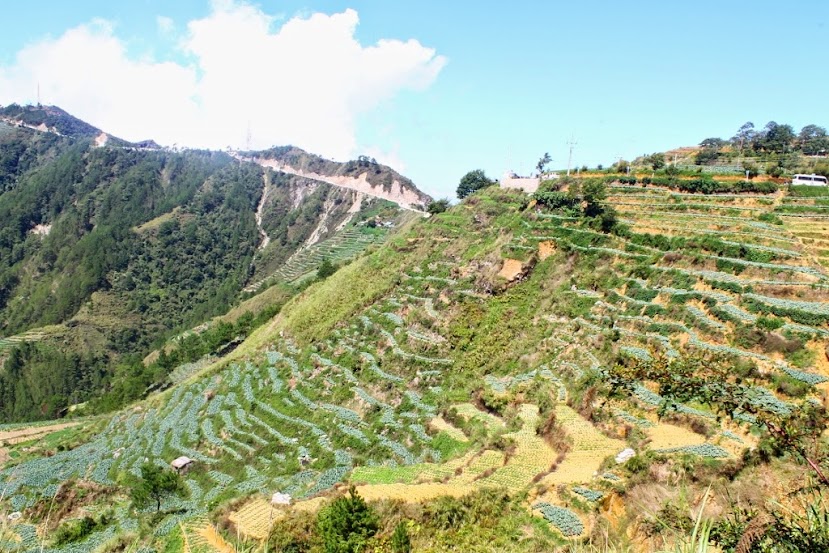 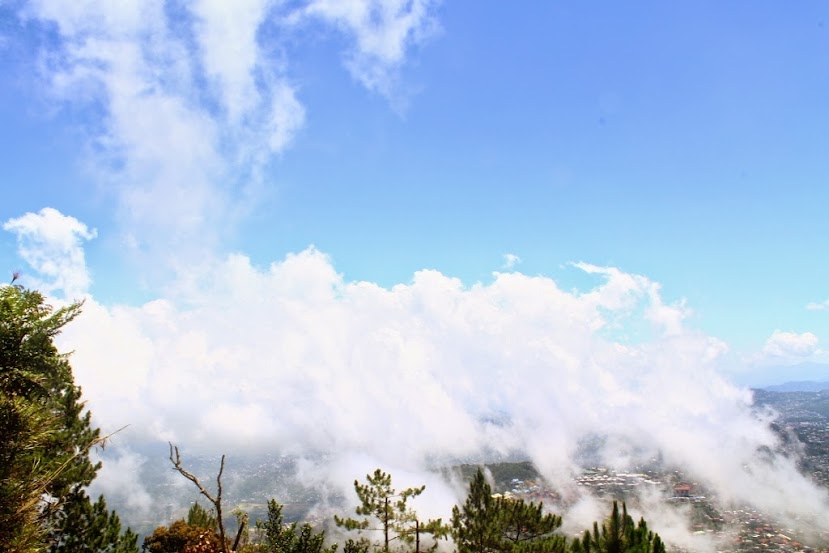 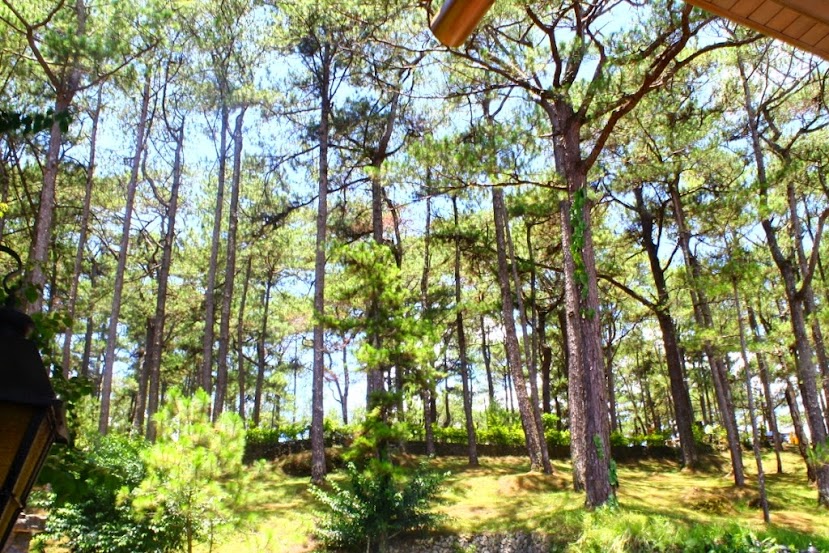 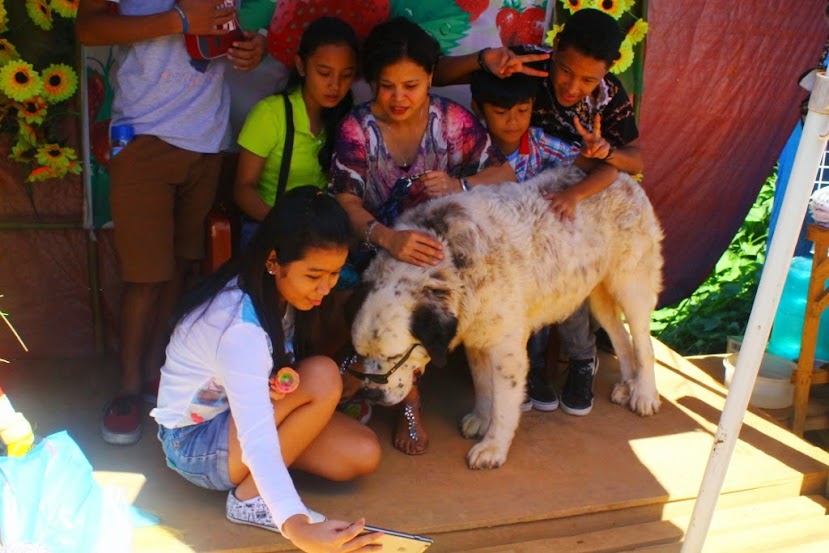 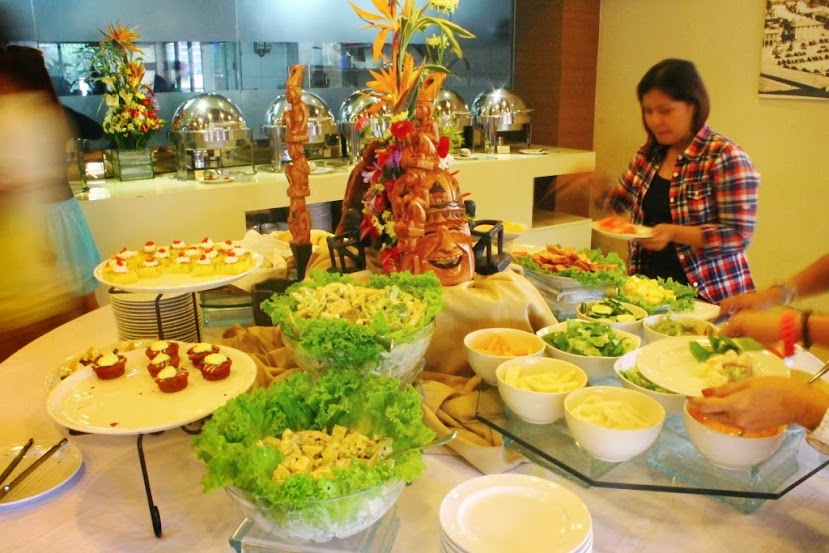 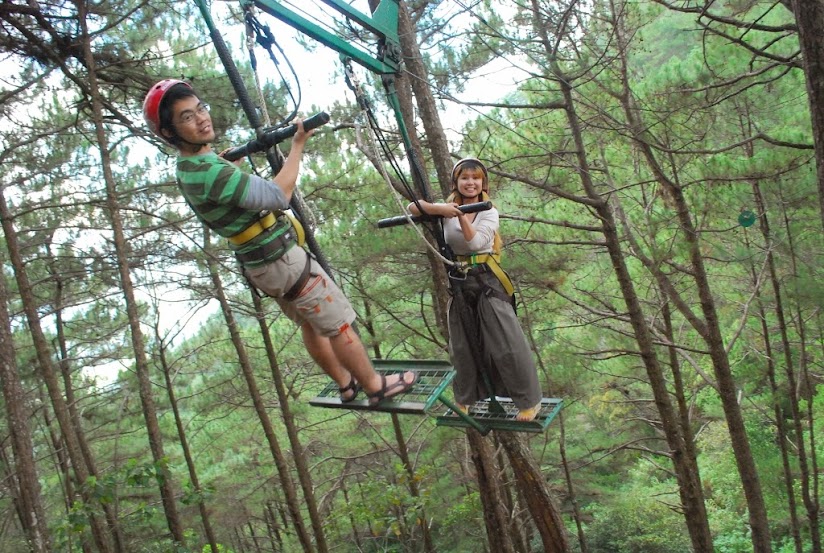 A trip I’ll certainly never forget, thanks to Azalea Residences Baguio, our awesome tour guides, and my new blogger friends.

Azalea Residences Baguio is located at 7 Leonard Wood Loop, Baguio, 2600. For inquiries and reservations, you may contact them at (074) 424 8716 or visit their official website. Like them on Facebook, follow them on Instagram and Twitter, and check out the hashtags #AzaleaSummerGetaway and #AzaleaBaguio for more pictures and posts from the fine folks who were with me during the whole trip.