Remember the last time you said or did something so undeniably cruel, insensitive, annoying, or stupid that the very second after you closed your mouth, you prayed for Mother Earth to open hers and swallow you up, right on the spot? Or the last point in recent history when you wished you had a Time-Turner – that’s ten points to your House if you got the reference – so that you could punch yourself seconds before Past-You could even say a word?

Those are simply the effects of what pundits and Urban Dictionary vandals call foot-in-mouth disease. Before you start wagging a finger at me (which means you’re actually wagging your finger at your screen – stop that, it looks weird) and denying, let me assure you: We all have those moments.

And while we Filipinos certainly don’t have a monopoly on saying stupid shit, some of the really crappy things that come out of our mouths are just so undeniably “ours” that we might as well paint them in our flag’s colors, add a sun and three stars, and wave them furiously on banana cue sticks for all the world to see.

Here are five of the most annoying things that you, I, and other Filipinos have likely said in the past – and that we could hopefully strike out from our collective vocabulary, once and for all.

To native English speakers, its closest equivalent is the phrase “come what may.” To Batman, it’s half of a baffling call from some tropical country asking him to deal with things that have jack shit to do with him. 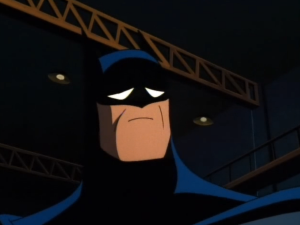 To Filipinos, it’s a testament to our fascinating yet contradictory cultural values – a verbal proclamation that embraces our willingness to take risks and face whatever challenges come our way while revealing our proclivity for just throwing our hands up in surrender, praying for some higher power to fix our problems for us, and going back to obsessing about teleseryes and being armchair activists on social media.

Which reminds me. Have you ever wondered why pretty much all of the really popular superheroes we have – Darna, Captain Barbell, Flavio, Flash Bomba (that guy with the huge honking hands, he’s pretty hard to miss) – seem to fall under the same category? Seriously. They’re all examples of how a handicapped, downtrodden, or disadvantaged person with a heart of gold acquires astonishing power (often of divine origin) in order to vanquish ruthless foes.

“Life is supposed to beat the ever-living crap out of helpless little you, so just keep your head down and continue to do whatever little things you’re doing until the heavens send you a miracle.”

It’s this not-so-subtle lesson so deeply etched into our collective subconscious that keeps us where we are: Wanting great things, but leaving the “getting there” part to either fate or chance. Now, I don’t know about you, but I’d rather take control of my destiny than to leave it to some unseen higher power. Or some billionaire lunatic in a cape.

Picture this: You’re at a family gathering, standing near the window and thinking that attending it this year wasn’t such a bad idea, after all. All of a sudden, you hear a familiar squeal, as 150 pounds of makeup, varicose veins, and poor eyesight walk towards you, planting a wet kiss on your cheek and squeezing your arms. “Oh, tumataba ka ah!” says your middle-aged aunt, whom you haven’t seen in a long time; regret comes rushing in almost immediately as you start looking for the nearest bottle of alcohol to either finish off or hit yourself in the head with. 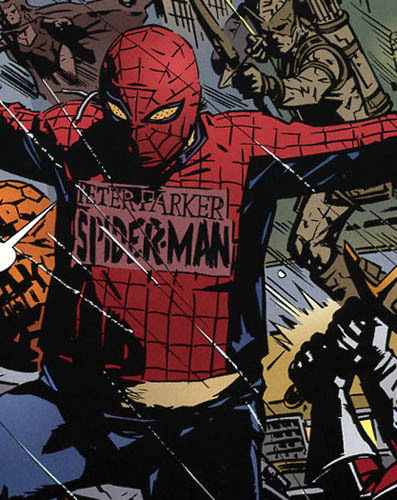 “Stabbing, punching, AND jokes about my weight? This is why I hate reunions!”

Nothing says “I’m going to say something stupid and thoughtless just for the sake of saying something” like giving an opinion about somebody else’s weight even if no one asked you to. “Tumaba ka, ah!” adds about exactly the same amount of value to any conversation as “Uhh,” except with four more syllables and four times the awkwardness.

If you think you’re doing people a favor by making them feel guilty about the last time they had a Chickenjoy, well, prepare to be proven wrong: Findings suggest that negative comments about a person’s weight could actually lead that person to pack on even more pounds. It gets even worse when the person in question is a child – the effects of these hurtful comments are long-lasting, and may lead to even more health-related and emotional complications in the future.

The next time you feel compelled to point out someone’s love handles, remember two things: “Tumaba ka,ah!” is one “Kailan ka ba magpapakasal?” away from being a full Titas of Manila tweet, and it’s irritating in pretty much any context. So why bother saying it?

Chalk it up to the fact that shame and word-of-honor are two of the values that are at the core of Filipino culture, or that our inherent sense of hospitality makes it very difficult for us to accept the possibility of disappointing other people. Either way, lying about where you really are to the person you’re supposed to be meeting is still lying, which is, well, wrong.

Now, context is important here. Obviously, this doesn’t apply to you if you are either (a) currently at the point in your journey where you truly are just five minutes away from your destination, (b) in possession of a magical stopwatch that somehow tells you exactly how long it would take you to get to where you’re going, down to the last second, or (c) capable of breaking up heavy traffic with but a simple wave of your hand. So if any of the above factors apply, please put your pitchfork down (where did you even get one, anyway?) and keep reading.

Just to make it clear, failing to be on time and lying about your arrival time to avoid getting your ass kicked are on the same level in the Hierarchy-of-Don’t-Do-These-Shitty-Things-Please. Not only are you wasting the other person’s time by making them wait for you, you are also simultaneously disrespecting them (by not caring enough to leave early) and insulting their intelligence (by assuming that they won’t see through your bullshit). Congratulations, you multitasking bastard.

Oh hey, here’s a surefire way to avoid having to lie about being late (backed by research, to boot): try leaving earlier.

“Hello, friend/acquaintance/officemate/classmate! I heard that today is your birthday/you recently got promoted/you won that contest you joined/something good happened to you today! Allow me to ease the burden of carrying that heavy smile by reducing the weight of your wallet by a considerable amount! No need to thank me, I am merely doing my job as a well-wishing human being!”

Sometimes, we tend to be as selfish as we are thoughtless. “Hey, I’ve got a great idea to make this happy day extra special for you – I’ll stuff my face and you foot the bill. Whaddayasay, you dashing billionaire playboy philanthropist you?”

I never really understood the logic behind asking someone to pay for everyone else’s meals on his or her own birthday. (Unless it was the birthday celebrator’s idea, of course; remember, kids, context is important!) It’s that person’s birthday – shouldn’t they be getting the special treatment, and not their friends?

As for the other situations where it’s socially acceptable to pressure people into forking out cash for drinks or food, it’s probably because of the Filipino values of pakikisama and pakikipagkapwa – the desire to not just have a smooth relationship with another person, but also to treat the person with a warmth that’s directly proportional to our desired level of familiarity or closeness with them.

Bottom line: If your friend decides to spread love or share positive vibes or spend money on you or whatever, then by all means, have fun. Doesn’t it feel better to receive something given willingly? Don’t pester or pressure the poor schmuck, because few things are worse than the feeling that someone else’s outstretched hand is ready and waiting to empty the contents of your wallet on a day that’s supposed to be yours.

I think they’re talking to you, Sheldon.

A pathetic excuse for a comeback and the favorite rebuttal of people who haven’t the foggiest idea of how comebacks work, this particular jab comes in assorted flavors of lame: from the anti-English “Wow, nosebleed!” to the bitter and spiteful “Ikaw na, ikaw na talaga ang magaling!” to the passive-aggressively defeatist “E ikaw naman lagi ang tama, e!” to the downright juvenile “Wag ka na!”

For some reason, quite a few of us seem to thrive on what we call “smart-shaming.” Apparently, that’s how we get the worst people elected in this country, so I guess the formula works. Somehow, we’re confusing relatability with idiocy. We’re not a country of dumb people (far from it, actually), so why are we treating intelligence as if it were some form of sexually transmitted super-leprosy?

Make no mistake about it: As a comeback, “E di ikaw na ang matalino” matches, in terms of stupidity, the level of ignorance it implicitly celebrates.

Because 5 slots just weren’t enough to contain my feelings in a single article, I’m introducing a Tommy Oliver to this list. This one is a major pet peeve of mine.

“Stuffs” as a noun 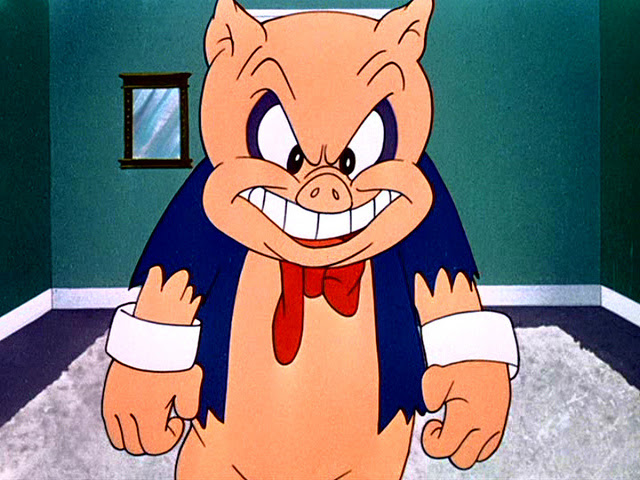 It has been explained an ungodly number of times already. Comic strips have been made about it. Heck, it doesn’t even sound right. It’s quite challenging — and a bit maddening — to try to understand why people have been committing the same goddamned mistake over and over again.

‘Stuff’ is an uncountable noun. An uncountable noun means it can’t be counted as separate items or pieces, which also means it does not need -s for its plural form. Saying “stuffs” is about as correct as saying “equipments” or “furnitures” or “I’m a knucklehead who refuses to listen to reason because stuffs stuffs stuffs.”

Some may argue that it is used as a suffix for various words (such as ‘foodstuffs’) where adding an -s to it at the end is acceptable. Others may cite that it is used so frequently that it’s well on its way to becoming a real word, just like the now-official (but still stupid-sounding) ‘irregardless.’ How about NOT waiting for that to happen? Do it for the children (and our ears). Please.